Traveling on the I-90 SmartRoad

Thanks to major rebuilding and widening work Illinois Tollway completed on the Jane Addams Memorial Tollway (I-90), Pace was able to undertake several projects along the corridor between Rosemont and Elgin.

In December 2016, Pace launched the largest-ever service expansion in the agency's history, with the addition of six new routes, enhanced service on six other routes, and improvements to passenger facilities along the corridor. Twenty-five new buses serve the express routes, featuring comfortable, high-backed seats and top-of-the-line features. Riders can stow a briefcase in overhead containers, read using the seat's individual overhead light, charge a phone using our USB outlets, or browse the web using onboard Wi-Fi.

Buses traveling along I-90 are now able to use the new Flex Lanes whenever there is traffic. These lanes are available to buses and emergency vehicles and allow our passengers to avoid traffic on the highway. Flex Lanes are part of what Illinois Tollway calls the I-90 SmartRoad. Learn more about the cutting-edge technology behind this project at illinoistollway.com or by watching the video below: 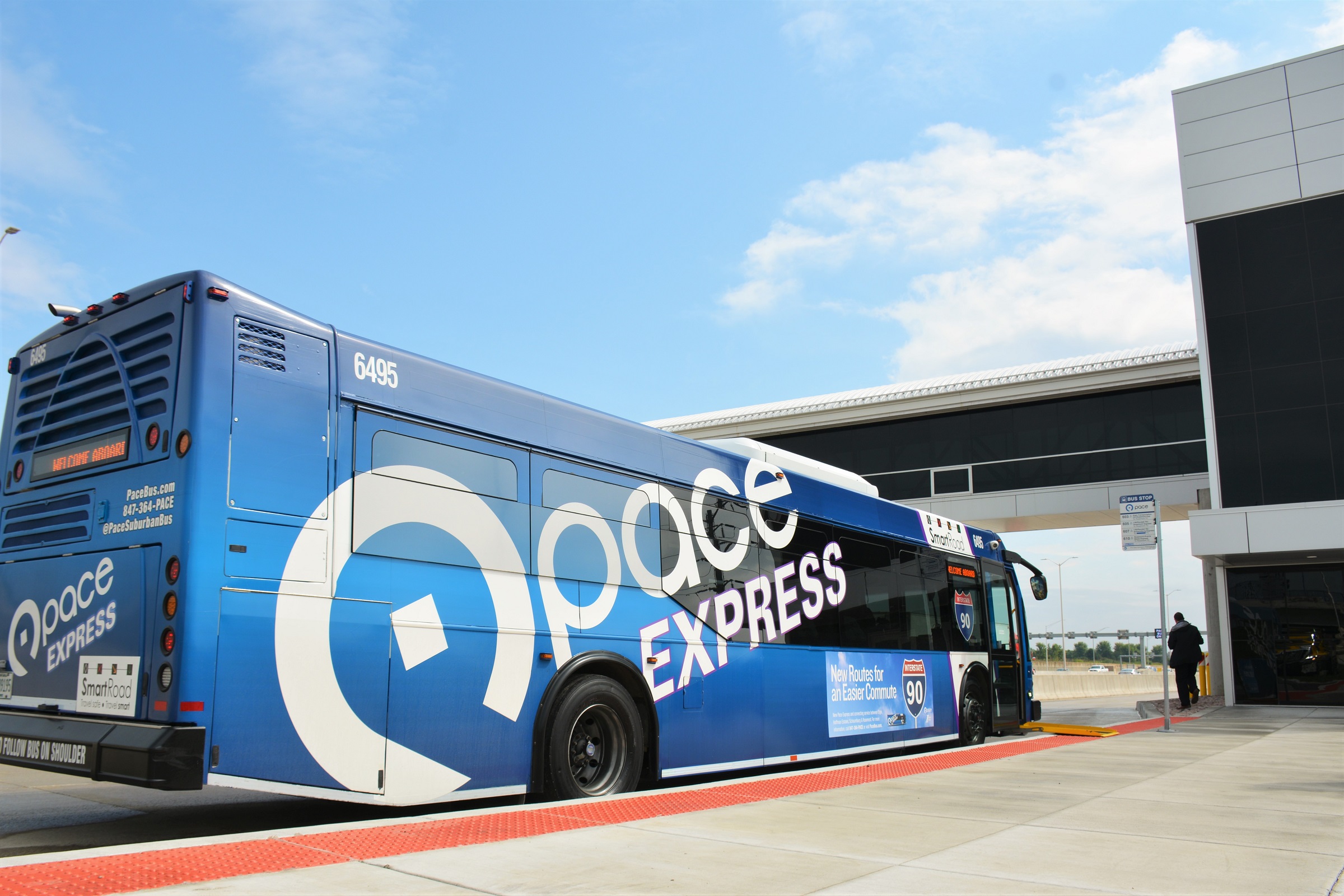 The region's first-ever highway-based bus rapid transit station has come to Hoffman Estates! On August 13, 2018, Pace opened the I-90/Barrington Rd. Station, which includes a 170-space park-n-ride lot and two "inline stations" (one in each direction) which allows express buses to pick up riders without exiting the highway. A pedestrian bridge over the tollway and two tunnels passing beneath ramps allow commuters to access eastbound and westbound buses with ease. The south side of the station features a transfer location to our Hoffman Estates On Demand service. The investment in walkability at this location connects Pace passengers to adjacent jobs and residences. Pace Routes 603, 605, 607 and 610 serve the inline stations.

Open since December 2017, the Pace I-90/IL 25 Park-n-Ride Station further connects Elgin and the surrounding area to Schaumburg, Rosemont, and Chicago. This project also brought about improvements to the area's pedestrian infrastructure, with the installation of new sidewalks connecting the station to adjacent neighborhoods. This station's 199 parking spaces are served by Routes 603, 605, and 607. Route 543 on Dundee Road is only a short walk away. 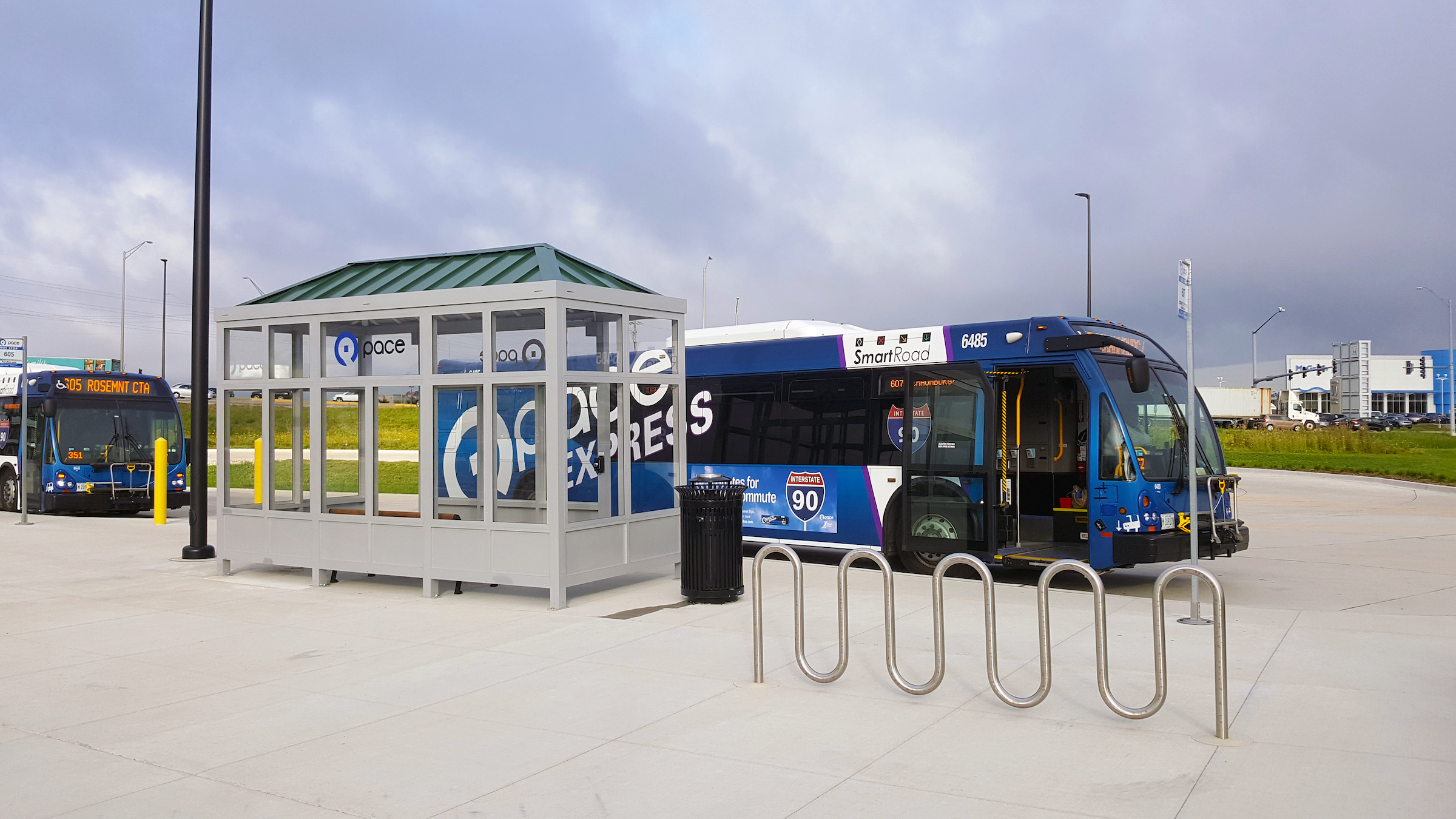 Featuring 150 free parking spaces, this facility is served by Pace Routes 550, 605 and 607. The express routes connect Elgin to Schaumburg and Rosemont (and to Chicago and O'Hare via the CTA Blue Line).

Pace's I-90 project has been a recipient of numerous transportation industry awards:

Recognition shared with the Illinois Tollway:

Barrington Road at I-90 Interchange and Park-n-Ride 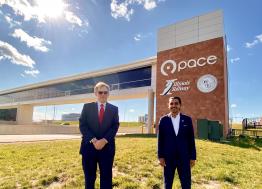 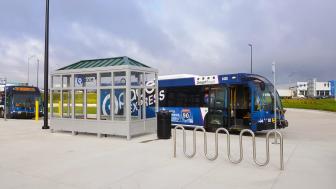 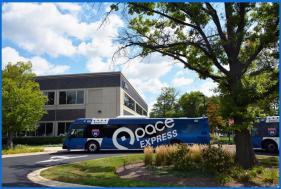 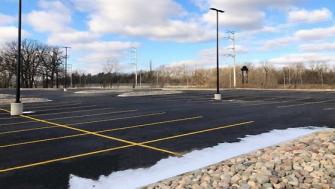 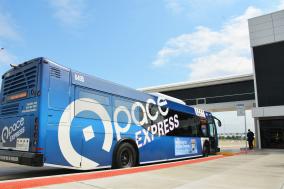