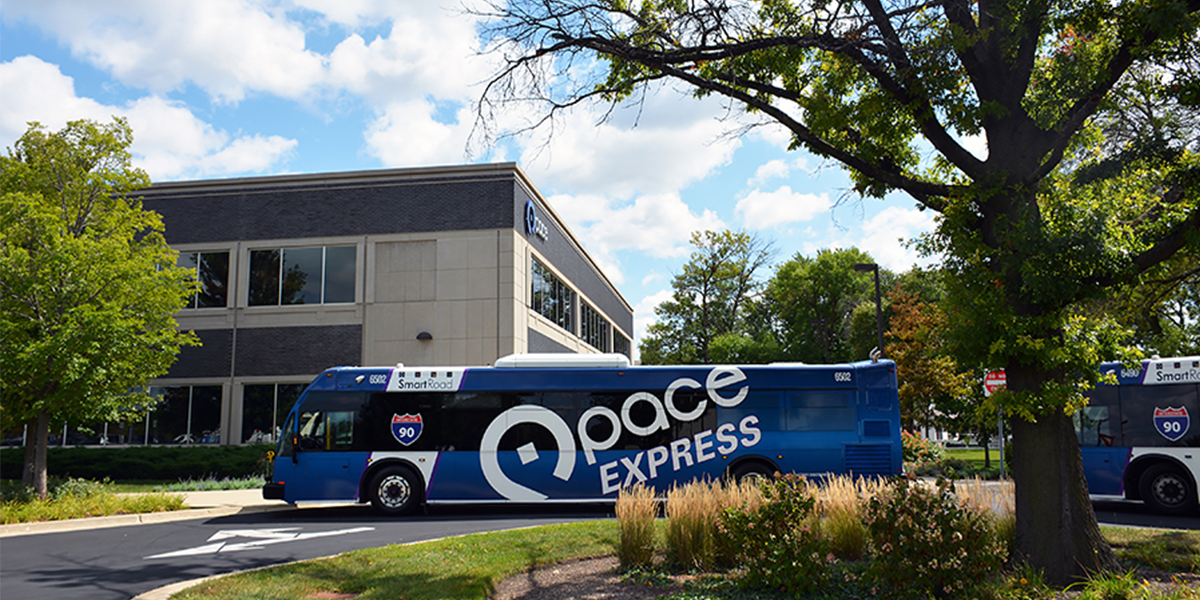 Pace's family of public transportation services offer affordable, innovative, and environmentally responsible transit options for the residents of 284 municipalities in Cook, Will, DuPage, Kane, Lake and McHenry counties. The backbone of Chicago's suburbs, Pace serves approximately 127,000 daily riders. One of the largest bus services in North America, Pace covers 3,677 square miles, an area nearly the size of the state of Connecticut and about 15 times the size of the City of Chicago. Pace's innovative approach to public transportation gives the agency a national reputation as an industry leader.

Pace is governed by a Board of Directors consisting of thirteen directors. Each serves a four-year term and, with the exception of the Commissioner of the Mayor′s Office for People with Disabilities, must be a Mayor or Village President from his or her respective region, or a former Mayor or Village President residing in his or her respective region.

Pace was created by the 1983 RTA Act to unify the numerous disparate suburban bus agencies that existed at that time. In doing so, fares, branding and management were made consistent throughout the region. On July 1, 1984, the consolidated agency began operations as the Suburban Bus Division of the Regional Transportation Authority. A year after that, the brand name 'Pace' was established.

For its first few years, Pace focused on the unification efforts and renewing its bus garages and fleet, but rapid population and employment growth in the suburbs led to multiple strategic planning and long range planning efforts that took place in the late 1980s and throughout the 1990s.

Accessibility has always been a hallmark of Pace service. Pace provided ''Section 504'' service to people with disabilities several years before this type of service was required by the Americans with Disabilities Act. In 2006, Pace had established itself as a leader in providing efficient, quality service to people with disabilities, and the Illinois legislature designated that Pace would assume responsibility for ADA paratransit in Chicago from the CTA. The move made Pace the largest providers of paratransit service in the United States.

To view Pace's accomplishments over the years, check out our Annual Reports page. 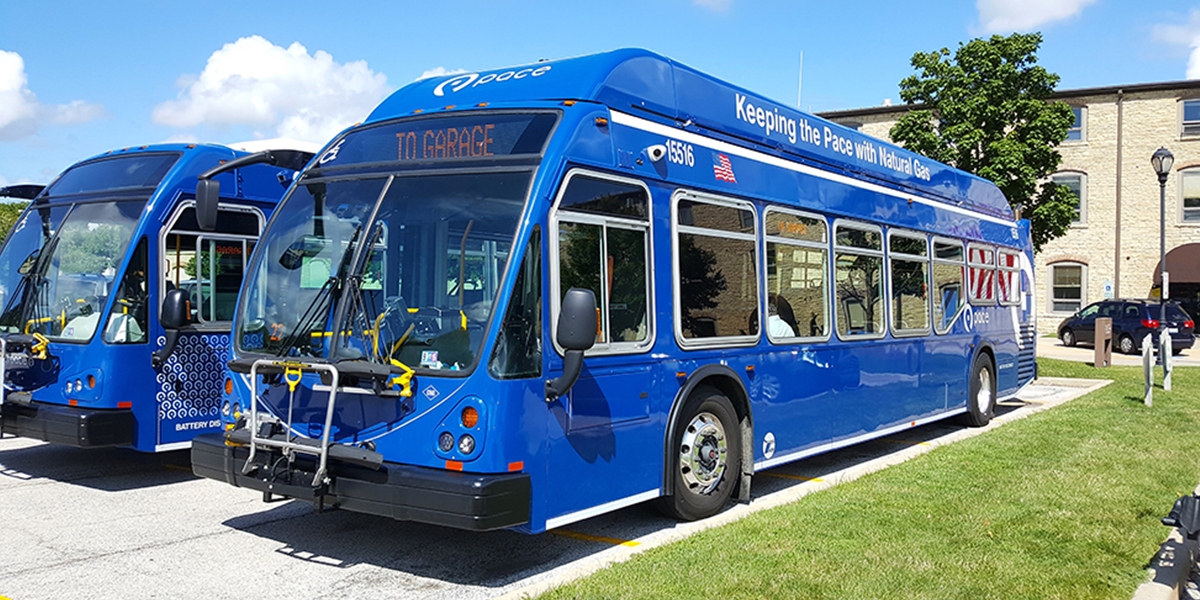 According to the American Public Transportation Association (APTA), the "leverage effect" of public transportation reduces the nation's carbon emissions by 37 million metric tons annually--equivalent to the electricity used by 4.9 million households. To achieve a similar reduction in carbon emissions, every household in New York City, Washington, D.C., Atlanta, Denver and Los Angeles combined would have to completely stop using electricity. The lesson is simple: when commuters ride public transit instead of driving their own cars, air quality improves.

However, Pace recognizes our own responsibility for pollution reduction as an operator of hundreds of vehicles in our region. This is why one of Pace's top priorities is to reduce our carbon footprint and improve the quality of our community's environment:

People living in households within one-quarter mile of rail or one-tenth mile from a bus stop drive approximately 4,400 fewer miles annually compared to persons in similar households with no access to public transit. This equates to an individual household reduction of 223 gallons of gasoline a year.

Supporting transportation efficient land use patterns saves 4.2 billion gallons of gasoline--more than three times the amount of gasoline refined from the oil we import from Kuwait. Public transportation use saves the equivalent of 900,000 automobile fill-ups every day. The typical public transit rider consumes on average one half of the oil consumed by an automobile rider.