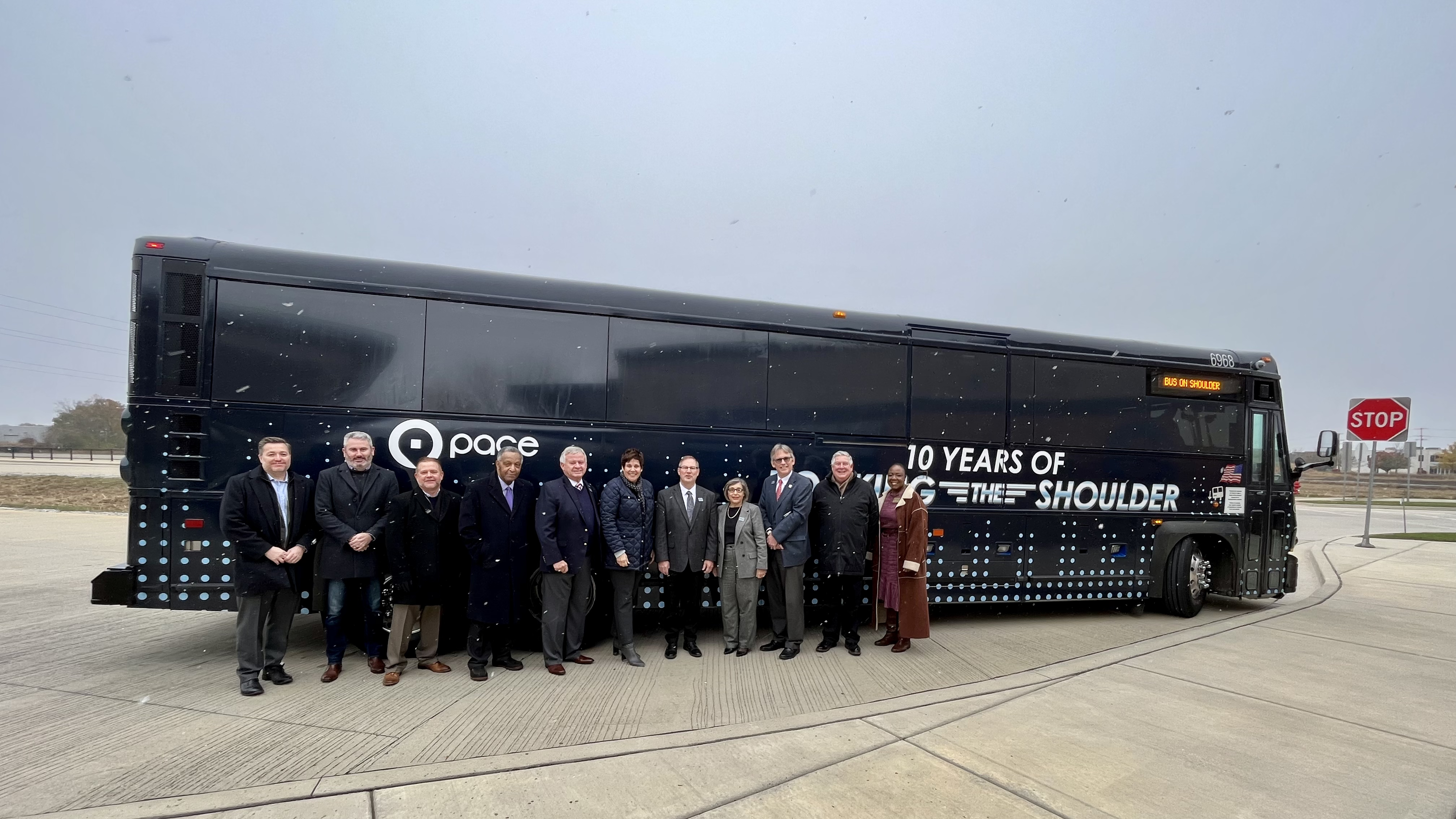 ARLINGTON HEIGHTS, IL – Pace Chairman Rick Kwasneski and Director Roger Claar were joined by officials from the Regional Transportation Authority (RTA), Will County, Romeoville, the Will County Governmental League, and Will County Center for Economic Development earlier this week to mark the 10thanniversary of Pace’s Bus on Shoulder service and the legislation that made it possible. This groundbreaking program was first in the state and one of the first in the country. Since Pace’s first trip on the shoulder in November of 2011, public transportation ridership has grown faster on this corridor than anywhere in the region.

Pace Director and former Bolingbrook Mayor Roger Claar served as master of ceremonies for the event. He noted that when Pace started this program, success came quickly, and service was expanded multiple times. This historic legislation, passed in 2011, made Pace the only carrier in the state who can utilize the shoulder to provide faster, more reliable service to those we serve. Rocky Donahue, Pace’s Executive Director, led the effort to introduce this legislation and spoke about the skepticism the concept faced. The bill narrowly passed the House of Representatives with 61 votes, “and here we are today and it’s absolutely amazing service,” Donahue said.

Thanks to the success of Bus on Shoulder service on I-55, Pace launched similar programs on the Edens (I-94) and the Jane Addams Memorial Tollway (I-90), and they are working with the Illinois Tollway to implement shoulder service on the Tri-State (I-294). “We won the national American Public Transportation Association’s (APTA) Innovation Award, which is the highest award a transportation system can get, for our I-90 service,” said Donahue. “We won the prestigious Lincoln Award, which is the highest honor you get for engineering in the State of Illinois, for this concept.”

“This has been our fastest growing service over the last 10 years,” said Pace Chairman Rick Kwasneski. “When we originally started this, we were carrying around 300 people. At our peak, pre-COVID, we were carrying will over 3000 people a day.” He went on to explain that the service began with six buses operating two routes and has grown to an operation of 30 buses operating five routes.

To accommodate the vehicles needed to meet this demand, Pace is building a new garage in Plainfield that is expected to open in the spring of 2022. “It was just January of 2021 when this was a field,” commented Claar. “It’s pretty amazing what these builders can do in a very short amount of time with pre-cast construction.”

RTA Chairman Kirk Dillard also attended the event. “Over a decade ago, Pace and the RTA recognized there was a need that wasn’t being met, especially in the southwest suburbs,” he said. “This is an example of what happens when regional leaders of all different stripes get together and decide we are going to make something happen.”

The last speaker at the event was Will County Executive Jennifer Bertino-Tarrant, who said, “There is no greater freedom than getting to where you want to go. This is what government is about,” she said. “We need to provide our residents service. Getting from here to Chicago or wherever they need to be is critically important.” 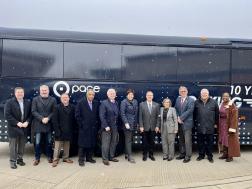 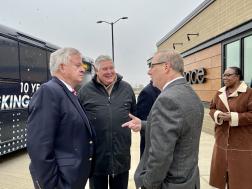 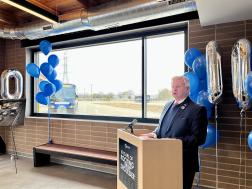 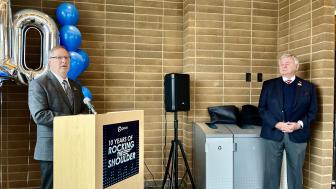 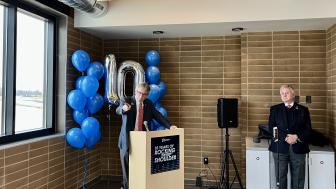 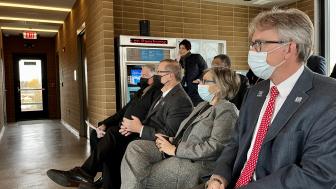 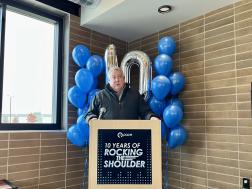 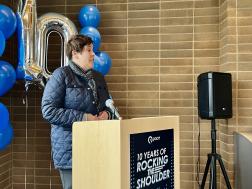 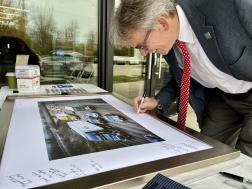 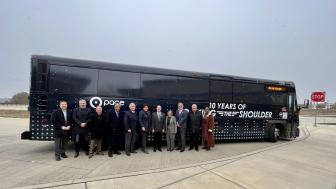 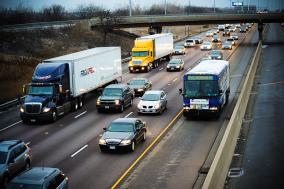 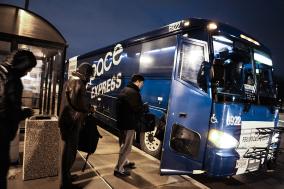 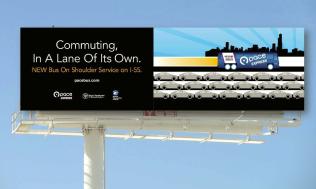 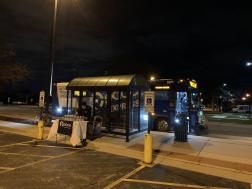 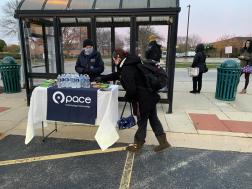