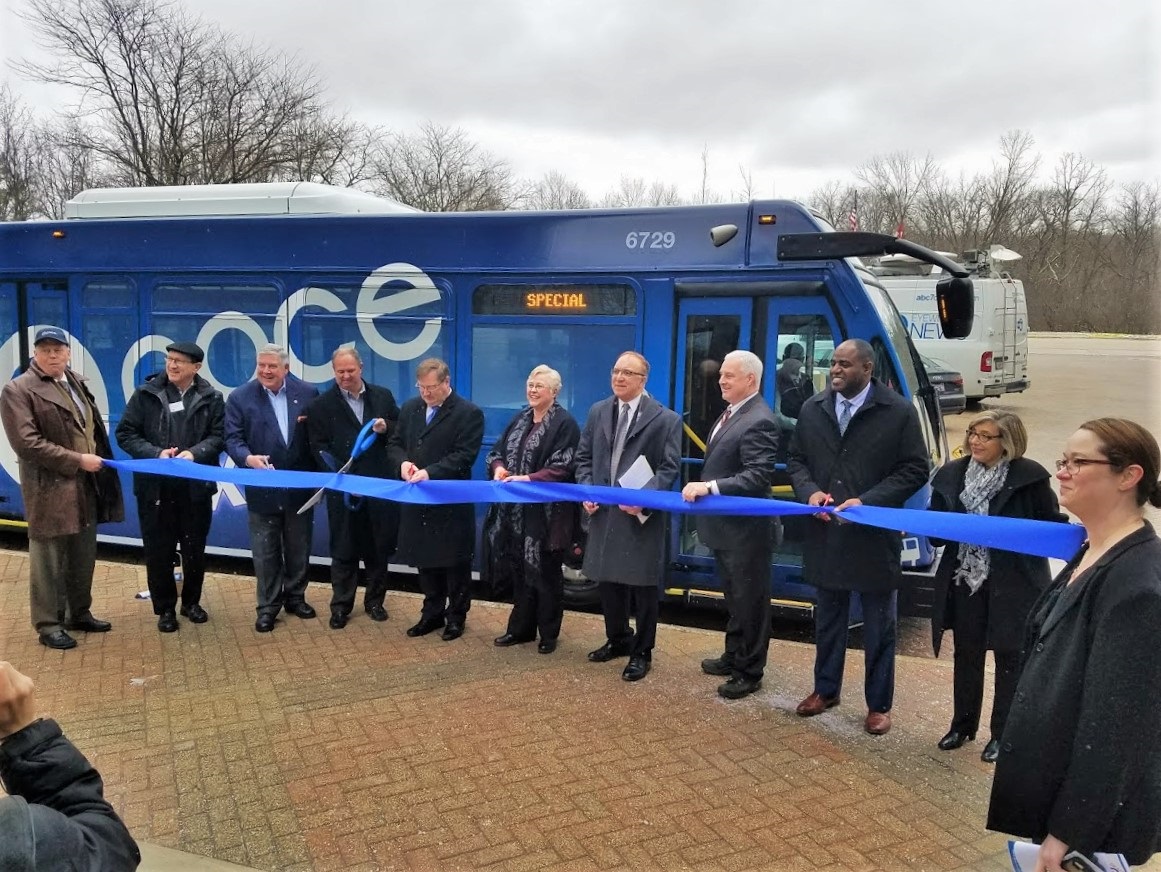 Since Pace introduced shoulder riding on I-55 in late 2011, on-time performance for routes on the corridor has improved dramatically, from about 65% to over 90%. Ridership has increased more than 600% in the corridor, proving that reliability plays a significant role in attracting and retaining riders. While ridership may not increase at that same rate on the Edens, Pace does expect to see ridership growth and improved schedule reliability. This service improvement will greatly enhance job access for commuters coming from Chicago and North Shore communities to employment locations in the Lake Cook Road corridor.

"We've seen unprecedented ridership growth along the I-55 corridor thanks to the bus on shoulder service," said Pace Chairman Richard Kwasneski. "Since bus-on-shoulder operations began, ridership in the corridor has grown astronomically. When there's congestion on the roadway, bus-on-shoulder service is faster and more reliable than driving. Commuters see that and choose our service over their cars. We believe they will do the same in the Lake-Cook region and are excited to partner with IDOT on this project."

In coordination with IDOT and the Illinois State Police, Pace's bus operating rules focus on safety, and are similar to those in use on I-55. Buses use the outside shoulder lanes when general traffic slows to below 35 mph. While using the shoulders, the bus will not exceed the speed of regular traffic by more than 15 mph and the maximum speed for buses traveling on the shoulder is 35 mph. If the shoulder is unavailable due to an accident, law enforcement activity, or emergency response vehicles, Pace will merge back into the regular lanes.

"This minor modification to our infrastructure will have far-reaching benefits for commuters and the environment," said Illinois Transportation Secretary Randy Blankenhorn. "Expanding the success of this convenient, innovative program to the Edens provides travelers in the region one more option to get to where they need to go, while reducing congestion and building more reliability into their trips."

Among the many benefits of bus-on-shoulder service is the relatively small cost to implement, compared to other transit services that require new infrastructure, such as a new train line. The minimal construction work needed on both I-55 and now I-94 offers a much-improved transit service to the commuting public while minimizing the start-up cost borne by the taxpayer.

Additional routes that could utilize the I-94 service in the future are in the planning stages. In particular, as part of the North Shore Coordination Plan, Pace has proposed a new bus-on-shoulder service to connect passengers from the Jefferson Park Transit Center to downtown Skokie and Westfield Old Orchard shopping center. Additionally, Pace is investigating preliminary concepts to provide additional connections from the Jefferson Park Transit Center and potentially the CTA Kimball Brown Line Station to the Lake-Cook Road Corridor. Service expansion is based on the availability of funding and equipment and is subject to change.