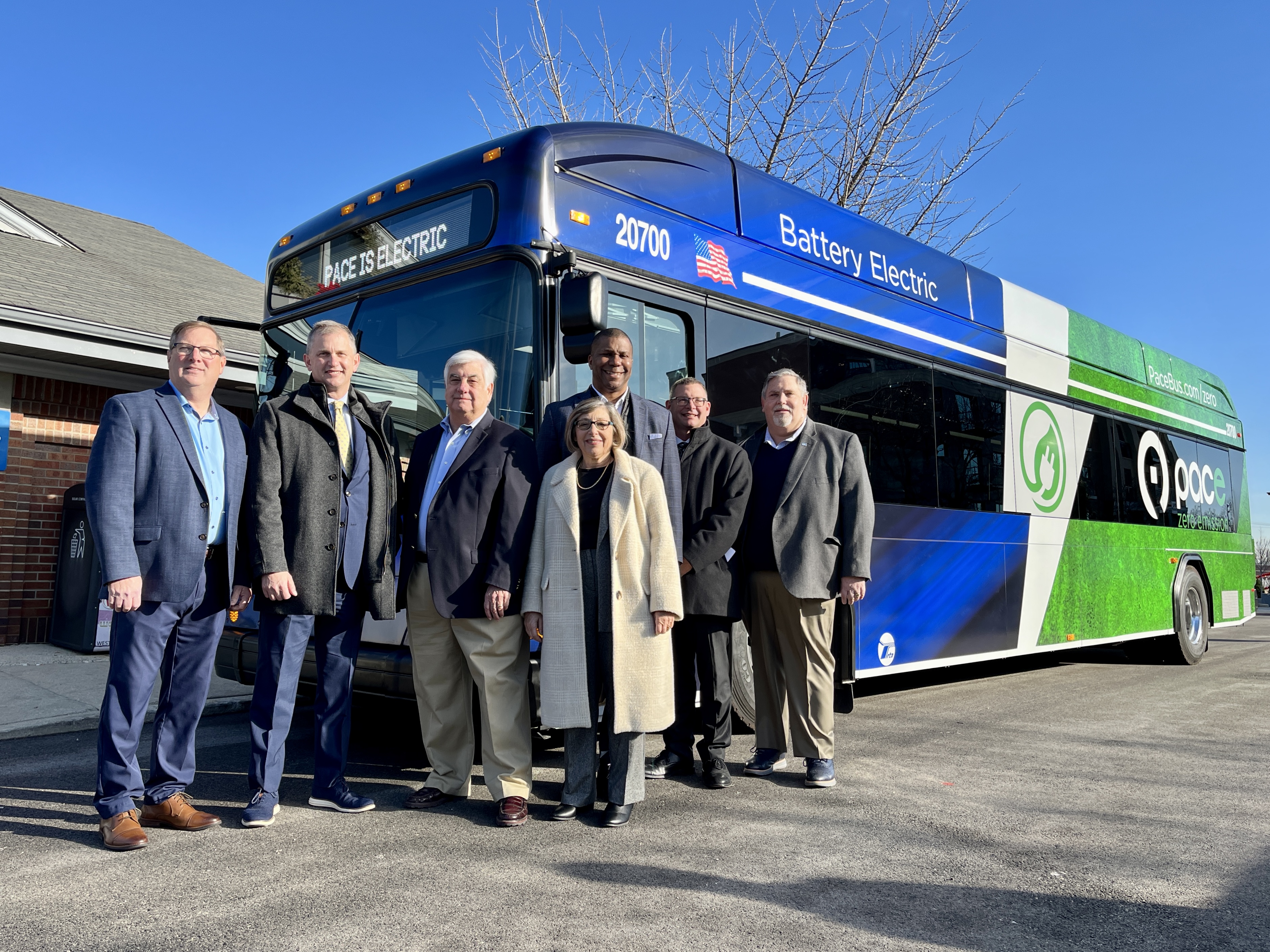 Officials from Pace and Metra joined United States Congressman Sean Casten (IL-6) at the Metra BNSF Westmont Station on Monday to discuss investments in transportation in his district and ride Pace’s first zero-emission bus, a GILLIG Battery Electric Bus the agency acquired last week after leasing it earlier this year.

“The bus represents a historic step for suburban transit,” said Pace Chairman Rick Kwasneski. “Pace has committed to transitioning our entire fleet to zero emissions by 2040, and it all starts here with this bus.

Congressman Sean Casten offered that, “Pace’s battery-electric bus is a great step towards cleaner transit systems and green innovation. Their goal to transition to a zero-emission fleet by 2040 will not only fight the climate crisis, but will create long-term savings and cleaner air across Illinois."

“Congressman Casten has been supportive of everything we are doing to bring Driving Innovation to life,” said Pace Director Tom Marcucci, referring to the agency’s strategic vision plan. “He is as interested in green technology and innovation as we are.” The Congressman sponsored a grant for electric paratransit vehicles that was included in the House Appropriations Bill for FY2023.

Pace Executive Director Melinda Metzger shared Kwasneski’s excitement. “Pace has always been an innovator. It is exciting to actually ride this bus on the street—the future has arrived.”

Pace will receive 20 additional electric buses, manufactured by Proterra, in 2023. The agency will spend this winter testing the GILLIG bus and preparing garages to charge electric vehicles. While many of these vehicles will begin service out of Pace’s North Division Garage in Waukegan—which will be fully electric by 2026—the agency plans to operate electric buses throughout the region as well.

Pace anticipates that passengers will begin riding on electric vehicles in 2023, once Pace has had time to test the technology and implement safety policies and procedures.