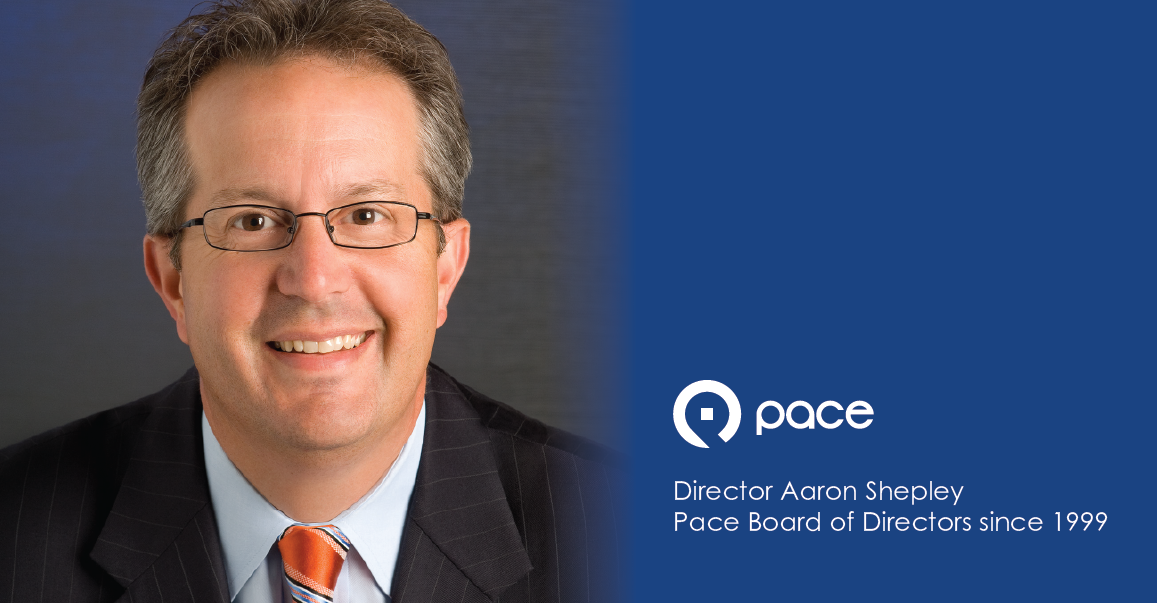 ARLINGTON HEIGHTS, IL - It is with great sadness that Pace announces the passing of long time Board Member and Crystal Lake Mayor, Aaron Shepley. Aaron passed away on May 3, 2020. The cause of death is unknown at this time. He is survived by his wife Regan and two daughters. He has served on the Pace Board of Directors since 1999.

In addition to his work with the Pace Board, Aaron was the longest serving Mayor of the City of Crystal Lake (since 1999). He was a board member for Leadership Greater McHenry County, a member of the board of directors of Hospice & Palliative Care of Northeastern Illinois and an original member of the Lakeside Legacy Foundation. He also served as a Crystal Lake City Council Member from 1997 to 1999.

Aaron took his latest role as the Vice President, Office of the General Counsel at Northwestern Medicine in 2018. Before that, he served as General Counsel for Centegra Health System since 2002. A graduate of Eastern Illinois University and the University of Illinois College of Law, Aaron enjoyed sports and action photography, and drumming. He eventually transformed his hobby into Strikers, a well-known drumline that has marched hundreds of miles in local parades, performed on TV and donated about $50,000 in college scholarships.

"I will remember Aaron fondly," remarked Pace Board Chairman Rick Kwasneski. "He was a valuable member of Pace's Board of Directors and a dedicated public servant."

"Director Shepley had a significant impact on Pace and on me," said Pace Executive Director Rocky Donahue. "I offer our deepest condolences to his family and friends. He will be dearly missed."