Rocky Donahue, Pace Executive Director, has informed the board of directors of his intent to retire as of December 31, 2021.

“As an organization, Pace is as healthy, strong and stable as I’ve ever seen it,” said Donahue regarding his decision.  In 2019, Pace obtained hundreds of millions of dollars in state funding for infrastructure improvements.  Donahue led Pace during its most challenging time by navigating and weathering the storm of the pandemic to provide safe and efficient transit to our region.

“I’m ready to move on to the next chapter in my life and turn the keys of the bus over to new leadership.  At Pace we are committed to connecting communities and I am confident that Pace will continue to provide quality service throughout our region.  I will always be appreciative and humbled for having the opportunity to lead Pace,” said Donahue.

Donahue joined Pace at its inception in 1984 as a Legislative Analyst. Prior to that he worked as a Financial Analyst for the Regional Transportation Authority. He rose through the ranks at Pace and in November 2018 he became Executive Director. He is the only Pace employee to go from an entry level position to Executive Director. During his tenure as Executive Director, he helped stabilize the organization by doing its first organizational restructure in 23 years - eliminating inefficiencies and duplication, improving internal and external communications, and creating the agency’s Project Management Office.

Under Rocky’s leadership, Pace achieved a strong financial and audit track record.  He secured over $300 million in state Rebuild Illinois funding – the largest infrastructure investment in the agency’s history - to build new garages in Plainfield and Wheeling, a South Campus in Markham, new transit centers in Joliet, Schaumburg and Harvey, improvements to existing facilities in Elgin and Evanston, and technology improvements for ADA Paratransit.  During his watch, the Milwaukee Avenue Pulse line launched, and construction is set to begin on the Dempster Pulse line.

In 2020 Pace received the prestigious Innovation Award from the American Public Transportation Association for its partnership with the Illinois Toll Highway Authority.  Donahue initiated and implemented Pace’s first strategic plan in 17 years, Driving Innovation, and recently announced that the agency will be a zero-emission fleet by 2040 and will invest over $50 million in the next five years to convert Pace’s North Division fleet in Waukegan to an all-electric fleet.

“We are grateful for Rocky’s leadership during his nearly 40-year career at Pace,” said Pace Chairman, Rick Kwasneski.  “He has provided steadfast leadership, innovative planning, and has been an effective advocate for Pace and public transit in our region, the State of Illinois and nationally.  I can think of no better leader for our agency during COVID than Rocky.  Filling his shoes will be a tall order.” 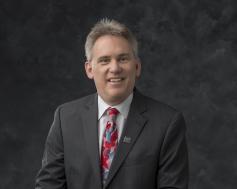