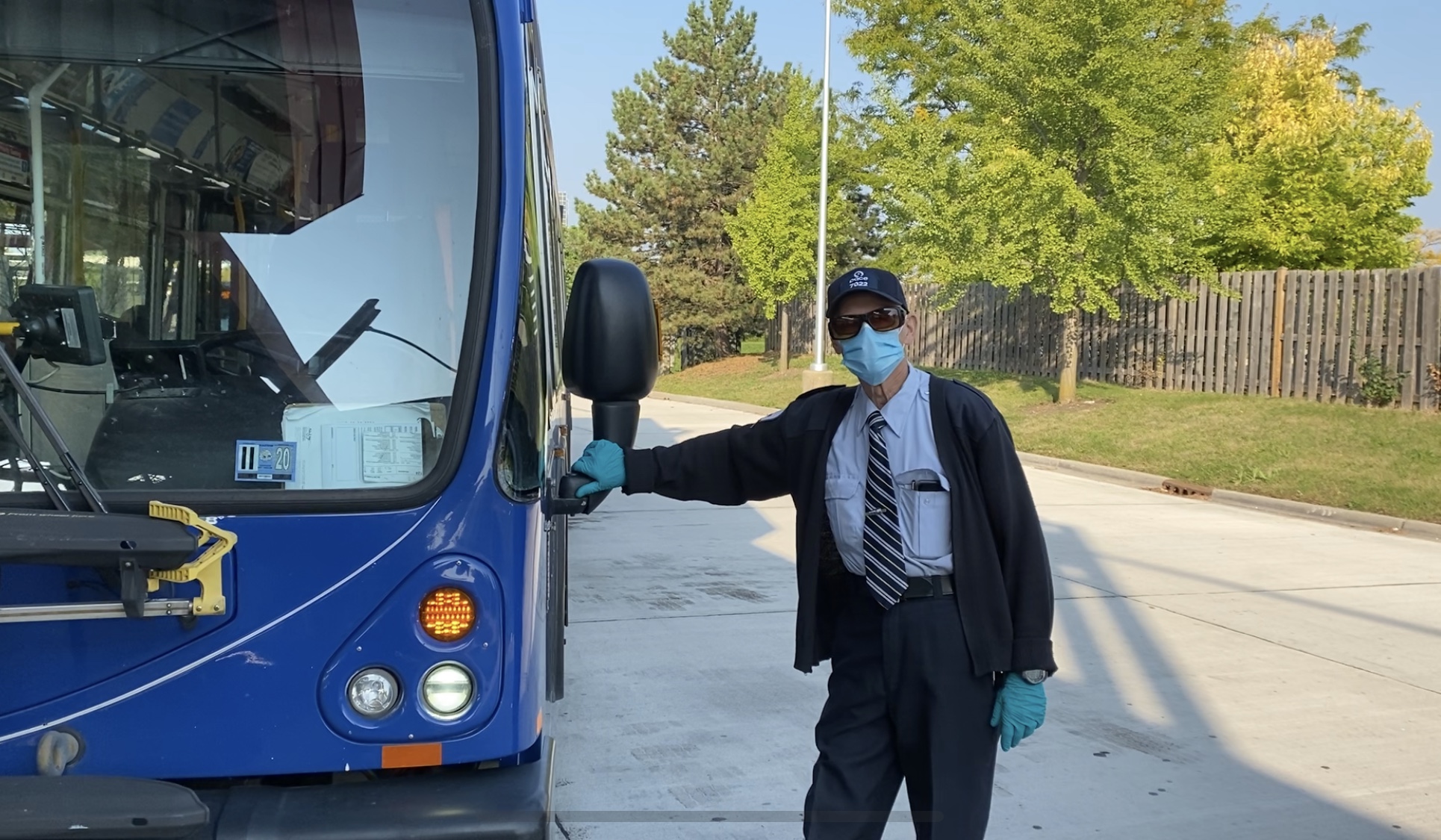 ARLINGTON HEIGHTS – Pace is proud to announce that Bus Operator Michael Jozwiak was recently named Driver of the Year by the International Association of Transportation Regulators (IATR). Michael, who began his career as a Bus Operator in July 1973, is the highest seniority Bus Operator and a Line Instructor at Pace’s Northwest Division in Des Plaines, Illinois.

Michael provides excellent service and carries out his duties in an extraordinary manner that exemplifies the definition of a Professional Bus Operator. He frequently receives commendations from his customers thanks to his high level of customer service and care. Over the past 47 years, Michael has received numerous safe driver awards, including the National Safety Council’s One Million Mile Safe Driver Award in 1991 and a two Million Mile Safe Driver Award in 2006 as a result of driving for twenty-five years without a preventable accident.

“Mike is a true public servant and we’re lucky to have had him on board all these years,” said Pace General Manager and Chief Operating Officer Melinda Metzger. “He’s driven close to three million miles without a preventable accident. That’s an extraordinary achievement.”

Michael has truly been a hero moving heroes, providing critical bus service in emergency situations, extreme weather, and, most recently, during the COVID-19 pandemic. A role model and mentor to new Bus Operators, Michael’s strong work ethic and dedication to his profession are an example to his fellow co-workers and a credit to the transportation industry. Pace congratulates Michael on this well-deserved honor.