Due to construction near the Will County Courthouse, the Downtown Joliet transfer point has been moved to a temporary location on Joliet St. at Webster.

All routes will have minor schedule adjustments due to the detour. Buses will stop only at bus stop signs along the detour segments.

The detour is expected to end in late 2020. New timetables dated March 2, 2020 will show the adjusted routing and schedules. They are available at PaceBus.com and will soon be available on buses and by calling (847) 364–7223. 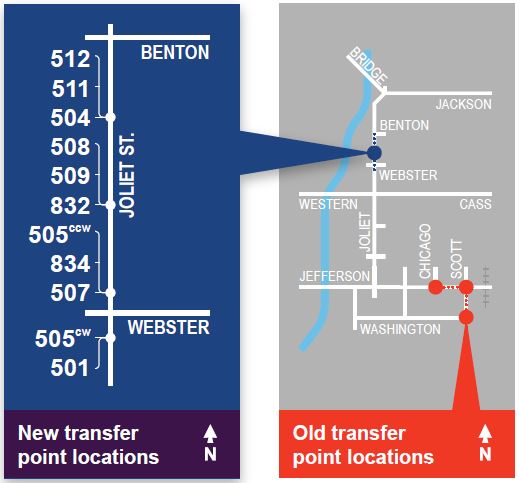