Pace is proud to announce the opening of the new Pace Transit Center located in downtown Joliet at Marion and St. Louis, southwest of the train station in the Joliet Gateway Center.

Starting Monday, December 6, buses will serve the new Pace Transit Center, and service to the temporary transfer site at Joliet and Webster will be discontinued.

Also, as part of the service relocation:

• All buses will operate on new routing in downtown Joliet and minor schedule changes will occur on many trips.
• Routes 504, 511 and 512 will no longer operate north of Washington.
• Route 501 will be the only route operating on Jefferson between Ottawa and Chicago.
• Most weekday westbound Route 509 trips will now depart State and Riley 5 min. earlier.
• In downtown Joliet, buses will only stop at Posted Stops Only (shown as O). Routes 505, 508, 509 and 832 will continue to serve flag stops outside downtown Joliet. Routes 511 and 512 will continue to serve flag stops. 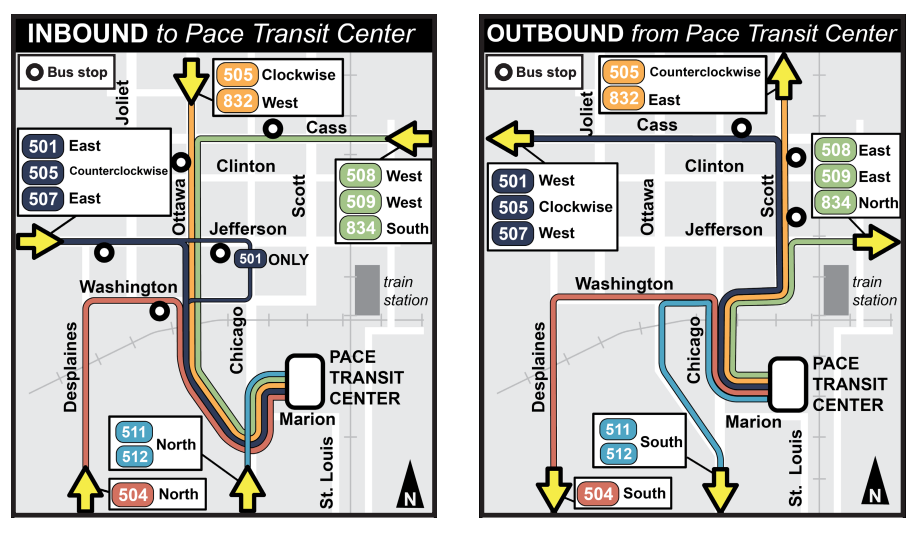