Due to the permanent closure of the O’Hare Kiss-N-Fly Airport Transit System (ATS) Station in Economy Lot E, Routes 250 and 330 will begin serving the new O’Hare Multi-Modal Facility (MMF).

Passengers can transfer between Routes 250 and 330, as well as with the O’Hare Terminal Shuttle buses until the ATS is available, at the new MMF. Updated public timetables are available online - printed timetables will be available at a later date. 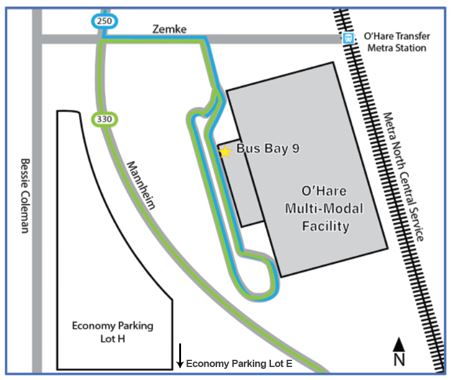